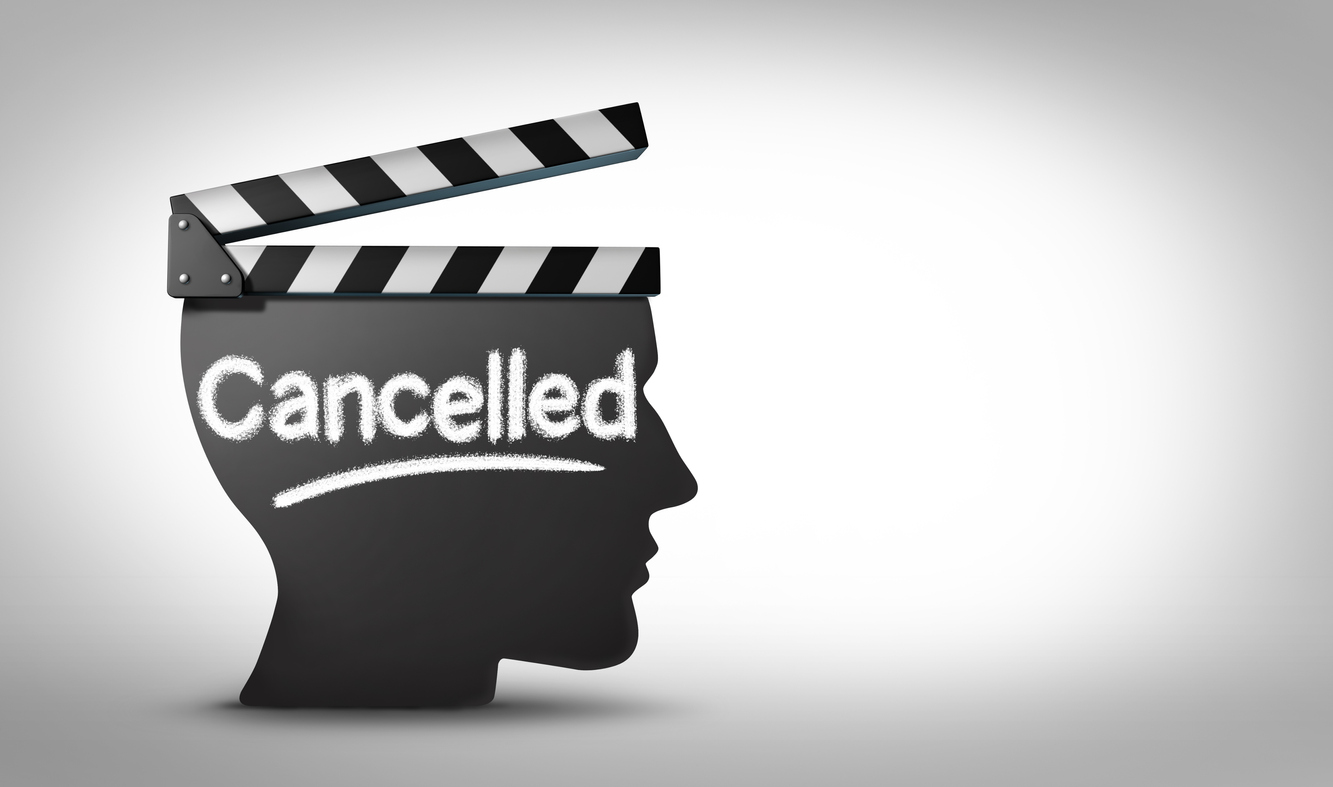 As more people, both in the U.S. and around the world, wake up to the reality of spiraling inflation, it becomes clear just how much of the overspending and deficits driving inflation are attributable to self-serving government inefficiencies. As the great economist Friedrich von Hayek once said, outbreaks of inflation are almost always “engineered by governments for the gain of governments.”

Consider healthcare, one of the largest public expenditures in developed countries. A 2017 OECD report found that government-subsidized medical services are commonly plagued by overdiagnosis and needless procedures. The report also found that a high percentage of government-subsidized treatments go to correcting provider mistakes, and that a third of patients rank their own nation’s public health system as either “corrupt” or “very corrupt.” The U.K. alone spends almost 13 percent of its economic output on its National Health Service (NHS) yet has terrible cancer-survival rates.

Public schooling is another major government service that, even in developed countries, turns out to be extremely inefficient. A 2017 study in the Journal of the Operational Research Society found that even some of the world’s best-funded school systems, including many in the U.S., produce only mediocre academic outcomes. And for all the hoopla that predictably attends every bureaucratic announcement of some new or improved curriculum, few have any measurable impact on student performance.

It shouldn’t be surprising that waste and inefficiency account for a significant portion of government overspending. Because the cost of every public service is annually folded into a much bigger federal, state, or city budget, creeping inefficiencies and even outright fraud are almost always guaranteed to escape timely correction. It is only when, as now, average citizens begin to feel the delayed inflationary consequences that public spending finally becomes a pressing political issue.

Unfortunately, the current challenge of making government more cost effective has gone way beyond giving Medicare doctors the authority to conduct cheaper online consults or urging school boards to buy chalk and other classroom supplies in bulk. In the years it has taken for lax spending discipline to trigger an inflationary wake-up call, those with a vested interest in the status quo have successfully demonized the most promising reforms.

Take, for example, what has come to be called “school choice”—subsidizing parents to pay for the education of their children in a placement of the parents’ choosing, including private academies and home schools. Numerous pilot studies have shown that voucher programs, education-savings accounts, and other ways of expanding school options would dramatically reduce K-12th grade spending while, as an added bonus, improving student learning. Yet teacher unions in the US and many other countries have succeeded in portraying parental choice as something between a parochial school conspiracy to religiously indoctrinate children and a Wall Street scheme to profit from running non-public schools.

Similar government savings could come from allowing citizens to set aside money, tax-free, for their medical expenses—expanding on what is called a Healthcare Savings Account (HSA) in the U.S. Funded by a combination of tax-deductible individual contributions, employer contributions, and subsidies to lower income individuals, these next-generation HSAs could create an entire medical market that lets everyone choose the service providers they want, all the while driving down healthcare costs.

According to the National Bureau of Economic Research (NBER), this reform could reduce overall medical spending in the U.S. by 15 percent. But to government-run medical systems around the world, any kind of market-based innovation is reflexively dismissed as “a tax break for the wealthy,” or, to the extent it would replace programs like Medicaid, “an attack on the poor.”

And then there are the enormous savings that could come from the widespread use of nuclear power, by far the lowest cost and most reliable alternative to fossil fuels. Not only does an atomic plant require 1/2,000th as much land as a wind farm and 1/400th as much as a solar array, but the amount of carbon pollution generated by the construction of an atomic plant is a fraction of that generated by building a wind or solar facility.

When utilities first began using atomic reactors in the 1950s, government officials responsible for energy policy in the U.S., Britain, and elsewhere would never have allowed anything like today’s green hysteria about possible accidents or sabotage to overshadow the promise of such a cheap and clean power source. But that was before the alternative task of shifting the entire grid to renewables became a justification for nearly every federal and state agency to have a role in stopping climate change.

Today’s public sector is more than happy to ignore the development of neutron reactors, which, because they consume their own radioactive waste, present no disposal problem. Equally disregarded is the invention of small modular reactors, specially designed to withstand both natural and human-caused disasters. From the bureaucracy’s perspective, the real problem with nuclear power is not that it is a dangerous solution to carbon pollution, but that it could solve the problem with relatively little bureaucratic oversight.

Regrettably, the public sector’s efforts to resist efficient restructuring have not been limited to demonizing the most promising reforms. Many of those who work in and for government have discovered how easily an arcane theory purporting to show how the social structure unfairly benefits white males—”critical race theory”—can camouflage inefficiency and waste.

In other words, the public sector avoid can institutional accountability by masking its mediocre-at-best performance with the high-minded rhetoric of social justice. Williams College professor Darel E. Paul calls this contriving the appearance of “noble tasks” to justify the opposite.

The most obvious example in the U.S. is the effort by public educators to substitute bilingual instruction, gender-neutral language, classroom activism, gradeless coursework, and other therapeutic endeavors for traditional, rigorous academic programs. This switch allows American Federation of Teachers president Randi Weingarten to brag that all public school “children [have] a fair chance to achieve their dreams and reach their potential,” even as statistics show low-performing U.S. students making absolutely no gains over the last 30 years.

Social-service bureaucracies in New York, Philadelphia, Chicago, San Francisco, and other cities similarly attempt to substitute sociological enlightenment for actual performance. Instead of holding themselves accountable for local instances of carjacking, public urination, molestation, property destruction, and other offenses, urban institutions seek to be evaluated by the sophistication of their racial and gender outlooks.

Even the nations’ hospitals and medical schools, long guilty of performing outdated procedures and deploying opaque treatment pricing, have discovered the marketing advantages of going woke. So much so that Mount Sinai’s Icahn School of Medicine has developed an “Anti-Racist Transformation in Medical Education” manual, which integrates concepts like “white fragility,” “microaggressions,” and “white supremacy culture” into the training and skill certification of doctors and nurses.

While America’s public institutions clearly lead in use of social-justice camouflage, social-democratic Europe is not far behind. Efforts at so-called “decolonization”—compensating for past discrimination against Muslims immigrants and women—serve much the same purpose in England, France, Austria, and other countries as “wokeness” does in the U.S.

This practice got a big boost in early 2021 when agencies throughout the 27-member European Union became eligible for $100 billion in European Commission grants to advance technology by “eliminating the inequalities between the sexes and the socio-economic intersectionality of inequality.” Even in Scotland, with a 96% white population, adoption of identity-politics, victim-culture assumptions, and a general contempt for Western culture is fast becoming the primary metric by which public agencies want to be judged.

If there is any good news about the developed world’s growing inflation problem, it is that neither the demonization of promising government efficiencies nor the “woke” rationalization of poor government performance—collectively known as progressivism—will remain credible for much longer. For, as President Reagan famously observed, currency devaluation is such a universally painful experience—“as violent as a mugger, as frightening as an armed robber and as deadly as a hit man”—that it inevitably calls into question all its sustaining misconceptions.

The clearer it becomes just how much reforms like school choice and nuclear power can trim wasteful public expenditures, the harder it will be for politicians to ignore them. Already, in Europe, where government-mandated use of solar and wind power has led to skyrocketing utility rates, French President Macron and other leaders are finally pressuring the European Commission in Brussels to accept nuclear power as an “environmentally friendly” source of energy.

Voters have been conned into paying an inflated price for inefficient and ineffective policies dressed in the language of social justice. The more voters realize this, the more voters will reject things like critical race theory. One need only note how quickly polling support collapsed for the social-justice provisions of President Biden’s multi-trillion dollar Build Back Better bill once it became clear that inflation was no longer “transitory.”

Not that those with a vested interest in the status quo will give up easily. Progressive rhetoric will almost certainly become shriller, ominously predicting a return of slavery, the end of oxygen, and a general collapse of civilization if progressives’ favored programs are in any way cut or altered.

But if the past is any indication, voters will prove smart enough to know that the need for fiscal discipline is always resisted the loudest by those who profit from wasteful spending. They will also know that taming inflation does a lot more for society’s most vulnerable citizens than anything some foot-dragging government agency can accomplish. Just as during the last great inflation of the late 1970s, the noisier and more threatening the dissenting factions begin to sound, the less political sympathy they will be able to muster.

In the end, as veteran economics columnist Robert Samuelson once put it, “inflation is a political and social phenomenon, not just an economic one.” In other words, the overspending and inefficiency that produce inflation do not happen willy-nilly but are the byproduct of a self-serving institutional ideology. Once the larger public begins to suffer the painful economic consequences of that ideology, nothing can prevent its ultimate rejection.