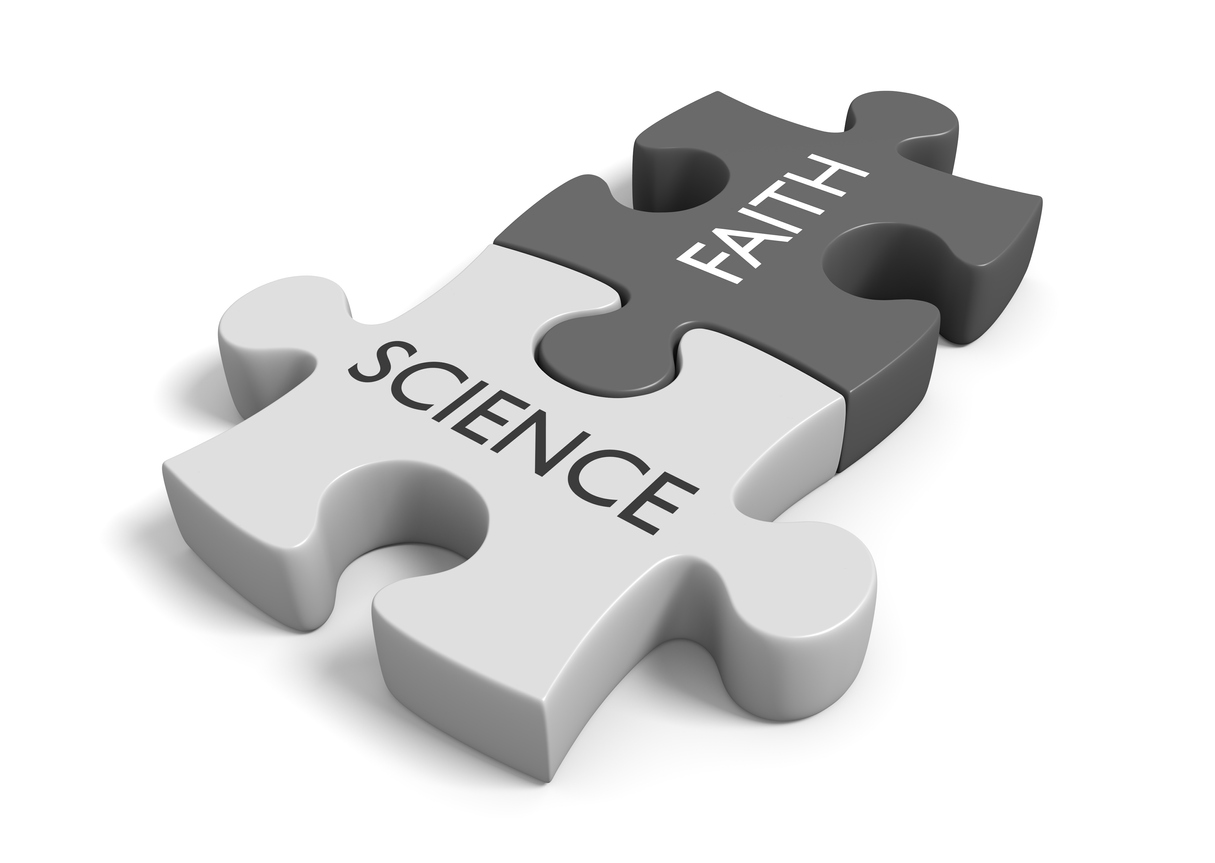 For anyone who took a college course in psychology more than a decade ago or who is even casually acquainted with the subject through popular articles, a close examination of today’s field would undoubtedly prove surprising. The science that for most of the 20th century portrayed itself as the enlightened alternative to organized religion has taken a decidedly spiritual turn.

Bowling Green State University professor Kenneth Pargament, who in 2013 edited the American Psychological Association’s Handbook of Psychology, Religion, and Spirituality, notes just how dramatically his profession’s attitude towards faith has changed in recent times. As a young academic interested in the connection between mental health and religion, he would “go to the library once a semester and leisurely review the journals” only to be disappointed by how little his colleagues had to say about it. But “no more,” Pargament happily reports. In fact, he adds, “it is hard to keep up with the research in the field.”https://534ee7037c4c42ecfcea74a5eb987c70.safeframe.googlesyndication.com/safeframe/1-0-38/html/container.html

Today’s psychology tells us that faith can be very helpful in coping with major life setbacks, including divorce, serious illnesses, the death of a loved one, and even natural or human-caused disasters. A study by the RAND Corporation, published in the New England Journal of Medicine just after the 9/11 attacks, found that 90 percent of Americans coped with the trauma by “turning to God.” During the week that followed, 60 percent went to a church or memorial service, and sales of the Bible rose more than 25 percent.

Other studies have shown that religious people are less prone to depression and anxiety, are less likely to abuse alcohol and drugs, and have above average immunity to physical diseases. As a result, psychologists are now developing faith-based approaches to treating chronic anger and resentment, the emotional scars of sexual abuse, and eating disorders.

To appreciate this intellectual shift, we must remember that for most of the last century, the leading names in psychology—including Sigmund Freud and behaviorism founder John Watson—regarded a belief in God not merely as wrong-headed, but as itself a form of mental illness. Freud wrote that civilization “has little to fear from educated people and brain-workers” who had properly rejected traditional religion. Watson regarded the concept of a soul as an obvious psychological defect, arguing that no one had ever “touched the soul, or has seen one in a test tube, or has in any way come into a relationship with it.”

This anti-religious bias was for decades compounded by the fact that most people attracted to the mental health field were (and continue to be) very different from average Americans in at least one respect. “Whereas 90% of the population believes in God,” says Dr. Pargament, “studies indicate that only 25% of those who go into psychology do.”

So strong was the resulting professional prejudice against religious faith that for decades the very origins of academic psychology were deliberately ignored or distorted. Completely eliminated from most textbooks was the fact that the scientific study of mind had begun not with Freud and Watson, but a half-century earlier under the auspices of Princeton’s James McCosh, Yale’s Noah Porter, and other American college presidents, most of whom were ordained ministers. These 19th-century educators assumed long-term happiness to be the result of spiritual discipline and established the first social science courses in the belief that researchers could eventually prove this connection.

Twentieth-century psychologists who persisted in studying the upside of faith, most notably Harvard professor William James and Freud’s one-time pupil Carl Jung, were invariably dismissed as “unscientific,” with courses based on their work either banished to religion departments or dropped from the curriculum altogether. At the same time, popular self-help programs that treated emotional complaints as symptoms of a spiritual deficiency—the Emmanuel Movement (1906-1929), the Oxford Group (1921-1938), Alcoholics Anonymous (founded in 1935), and a variety of 1960s group therapies—were either ignored or derided as unprofessional.

Indeed, modern psychology’s return to its 19th-century religious roots has not come without considerable resistance. As recently as 1993, nearly one quarter of all cases described in the Diagnostic and Statistical Manual (DSM), the standard reference used by psychiatrists and insurance companies to define emotional disorders, were framed as problems of “neurotic religious thinking.”

Not that materialistic psychologies had ever accomplished much when it came to the acid test of their utility: curing depression, anxiety, phobias, and other common emotional disorders. “Some Implicit Common Factors in Diverse Methods of Psychotherapy,” published in 1936 by Harvard-trained psychologist Saul Rosenzweig, was the first in a long line of studies to show that no widely practiced psychotherapy was any more effective than any other—or was any more likely to help patients than if they just confided in a close friend. Watson’s behaviorism, with its systematic use of rewards and punishments to alter habits, did work on rats, monkeys, and other experimental animals, but its influence over humans seemed to evaporate outside the laboratory.

Unable to generate any practical applications, 20th-century psychoanalysis, behaviorism, psychopharmacology, and other secular theories derived their authority primarily from the self-serving endorsement of what Irving Kristol famously termed the “New Class.” By that Kristol had meant the growing ranks of government administrators, economists, criminologists, educators, urban planners, and other professionals whose livelihoods depended on the public’s faith in both the feasibility and desirability of social engineering. Whereas the spiritual psychology of early America’s clerical college presidents had placed responsibility for human progress in the hands of the individual—his or her moral choices reverberating in ways that were both personally and socially beneficial—its materialistic successors provided intellectual grounds for empowering credentialed elites.

Even as mid-20th-century advances in attitude measurement, combined with more sophisticated techniques for tracking subjects’ behavior over many decades, finally made it possible to test the early college presidents’ belief in a connection between religious values and long-term health, few researchers were interested in trying. Some prominent figures, like American Psychological Association president Donald T. Campbell, did warn colleagues that they had “special reasons for modesty and caution in undermining traditional belief systems.” But it was not until the 1990s, when the Alcoholics Anonymous model for problem drinking was becoming widely noticed, that research on religion finally ceased to be the academic kiss of death.

Little more than a decade later, it was even safe to suggest that the mental health field was circling back to its 19th-century spiritual roots. Psychology was originally understood to be “the study of the soul,” wrote Dr. Len Sperry, clinical professor of psychiatry at the Medical College of Wisconsin, in a 2012 paper on “Spiritually Sensitive Psychotherapy.” Then, in a misguided quest to appear more scientific, he continued, “psychology sought to free itself from its roots in ‘value-based’ philosophy and become ‘value-free’…. God, afterlife, free-choice, and other spiritual phenomena [were treated as] false projections of the mind.” Today, “a paradigm shift is occurring, [one which] constitutes a radical and revolutionary change with many implications.”

If there is one remaining way that contemporary psychology keeps its distance from religion, it is the tendency to treat a faith in God or a “higher power” as essentially the same across all creeds. Hence a study of “Anxiety in Believers versus Atheists” is far more likely to be undertaken than a study of “Anxiety in Catholics versus Protestants” or “Anxiety in Muslims versus Buddhists.”

This tacit preference for treating devotional differences as secondary to a universal “religiosity” likely has many causes, including researchers’ understandable desire to discourage working therapists from thinking they should impose a belief system on patients. Many psychologists are also undoubtedly motivated by the same assumption that motivates many of today’s theologians—that emphasizing what all religions have in common contributes to social tolerance and cooperation.

Dr. Pargament would add to this list his profession’s tendency to attract spiritual skeptics. Because most psychology researchers “approach faith from a distance,” he says, they may acknowledge that faith is good for you, but “still are inclined to see various creeds as relatively undifferentiated.”

Nor, finally, can we ignore the very practical fact that depicting faiths as interchangeable insulates mental health professionals from the accusation that they are engaged in explicitly religious activity. In a society where so much of psychological research and treatment is government funded—the product of a time when social science and religion were viewed as mutually exclusive—any effort that threatens to frame one faith as superior to any other is certain to trigger First Amendment objections.

If there is a downside to this scrupulous non-sectarianism, it has been the development of a dry, technical language for studying religion that not only leaves the public cold but obscures the extent to which the century-old gap with religion has been bridged. At this point, mental health professionals and the clergy “have a lot in common and a lot to learn from each other,” says Pargament. “Bridges have been built and there’s been some good progress,” he adds, though “not nearly as much as there could be.”

How future psychologists will eventually resolve the tension between their reluctance to be too religiously explicit and their desire to be more relevant to the layperson is hard to predict. All that we can say for certain is that the old wall between science and religion, which not that long ago dominated and defined their field, has clearly been breached.