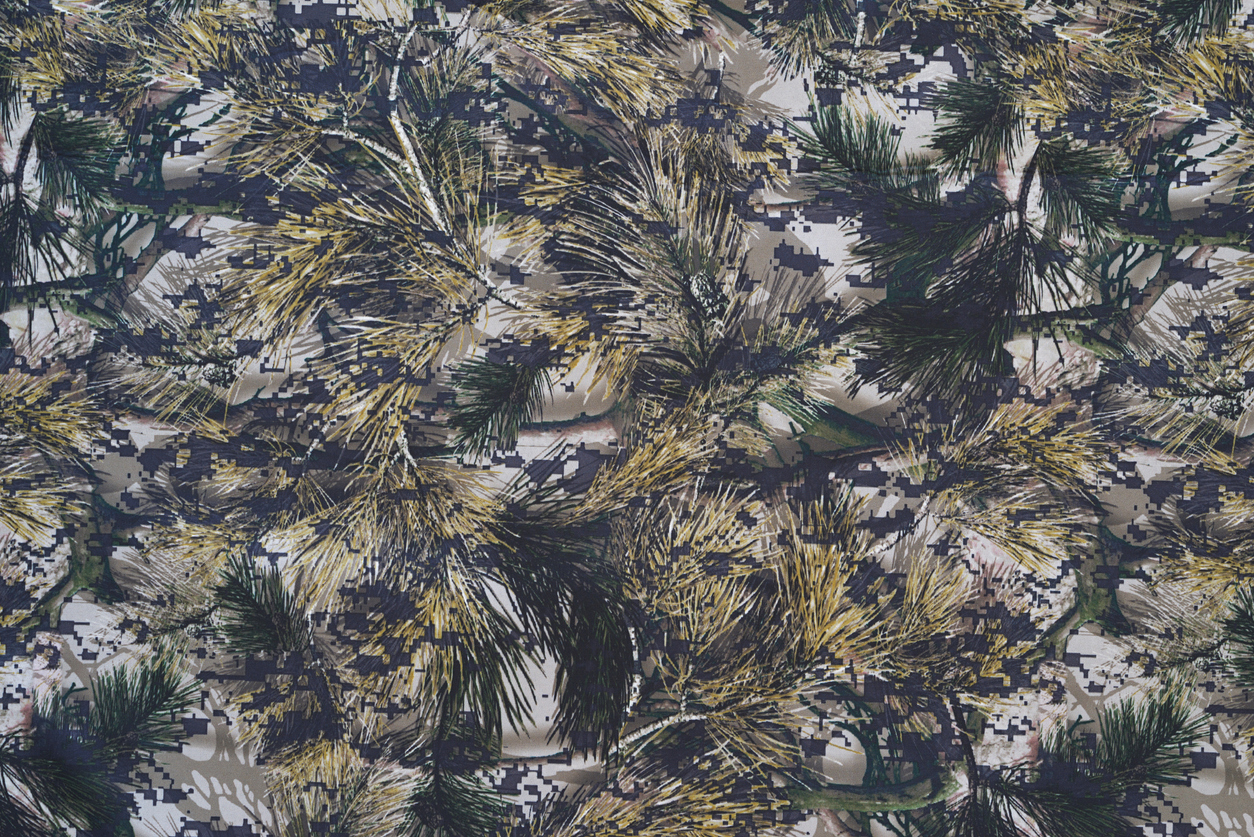 It is hardly news that America’s political divide has widened considerably in recent years. Whereas past policy debates typically occurred between people with roughly similar views of history and social philosophy, many colleges, non-profits, and other institutions have adopted a so-called “progressive” viewpoint which holds that the U.S. is fundamentally racist, dominated by an intrinsically unfair capitalist system, and hanging on the verge of environmental catastrophe. This outlook has, in turn, pushed the Democratic Party significantly leftward.

Yet legitimate questions remain about the extent to which this newly divergent progressivism is an accurate reflection of popular opinion. Research conducted by Chapman University demographer Joel Kotkin shows that most citizens, including the poor and working class, remain patriotic, traditional, and firmly opposed to radical social change. Millennials turn out to be far more politically moderate than media reporting has suggested, and progressive policy goals, when clearly articulated, are supported by less than 8 percent of the U.S. population.

Even within the institutions which appear to have succumbed to progressive thinking, rank and file convictions are not nearly as uniform as generally supposed. As Hoover Institution senior fellow Shelby Steele, Georgetown political science professor Joshua Mitchell, and Providence College theology professor James F. Keating have all observed, much of what appears to be left-wing virtue signaling on the part of university teachers is really a form of self-defense. Many of the departmental doors covered with safe-space stickers, Black Lives Matter slogans, and revolutionary posters serve the same function as garlic knobs and crucifixes in the old vampire movies—to get student activists to quickly pass by in their hunt for thought criminals.

The current grass roots rebellion against the teaching of critical race theory in public schools is especially revealing. In upscale liberal enclaves like Fairfield County, Connecticut, or Fairfax County, Virginia, most parents are fine with the classroom advocacy of many progressive ideas, just so long as their own child’s participation is limited to wearing a button, putting a bumper sticker on the family car, or sitting through a one-off student assembly.

But try a woke reform of the curriculum itself, and a good portion of those same parents will either storm local school board meetings in outraged protest or find covert ways to support those who do. According to the Hartford Courant, Republican opposition to the teaching of critical race theory in Connecticut public schools has for the first time in decades given their party a chance to sweep town elections across the Nutmeg state. Reports from elsewhere in the country indicate that recalls of liberal school board members are spiking.

None of this minimizes the extent to which todays universities, teacher unions, city governments, foundations, and even some religious groups are publicly committed to a progressive agenda; nor does it dismiss the disproportionate impact these institutions are having on the Democratic Party. The recently passed House budget blueprint suggests that Congress may, indeed, vote for a $3.5 trillion “social infrastructure” bill later this year.

But a deeper look at progressivism does raise the possibility of another, less idealistic agenda behind the elevated calls for “social justice,” “gender equity,” and “ending systemic racism.” Especially as it becomes clear that those organizations most identified with far-left ideology are all coping with the same existential challenge: a steep drop in public confidence.

Start with public education, which has suffered steady reputational decline ever since 1983. That was when the National Committee on Excellence in Education issued its highly critical report of K-12 schooling, appropriately titled “A Nation at Risk.”

“Voters, especially parents, [still] think our education system is on the wrong track,” notesEducation Post founder Peter Cunningham. So many, he adds, that before the coronavirus outbreak nearly 10 million children, or 17 percent of all US students, had already left traditional public schools for private schools, charter schools, or homeschooling. And in a recent survey of over 1,100 registered voters, 66 percent of black respondents said the $190 billion allocated for K-12 education in the federal government’s Covid-19 relief bills should be used to advance school choice.

Big city governments and their related social services fare even worse in the public’s estimation. According to a recent study in City Journal, urban institutions are widely seen as inflating their staffs and work benefits, all the while failing to do anything about increased crime, growing homelessness, and other quality of life issues. That is why, even before Covid, New York, Chicago, San Francisco, and other major cities were already suffering a large exodus to less congested parts of the country.

And then there is higher education, the very incubator of modern progressivism. In just the three years from 2015 to 2018, according to Gallup, trust in colleges and universities dropped an astonishing 10 points, from 57 percent to 48 percent—far more than for any other institution. And in a related study, Gallup found that only half of all Americans still think a baccalaureate degree is “very important” for a person’s long-term success.

It is bad enough for all three of these institutions that evermore citizens view them skeptically. But the rising tide of government debt, along with the tax hikes and price inflation predicted to follow, only promise to further increase the public’s demand for cost-effective alternatives: school choice to escape mediocre district monopolies, greater freedom to work from suburban and exurban locations, and online college courses to substitute for pricy campus classes. Even policy experts who doubt the sufficiency of such replacements know the institutional status quo is unpopular and likely to become even more so in the coming years.

The rise of modern progressivism makes the most sense when we see it not as a prescription for improving the quality of people’s lives, but as an effort to legitimate failing institutions through the acceptance of less demanding standards. Instead of rating a public-school district by how well its students have performed on academic tests, for example, progressive educators want more weight given to the percentage who have participated in a civil rights demonstration or learned to rank their supposed social privilege. Officially these new metrics are justified by the need “to stop the imposition of ‘white’ values on students of color” or “to protect the self-esteem of those who don’t test well,” but it is the lifestyle of teachers and administrators which is really being protected.

We can see a similar progressive downsizing of expectations when it comes to government and social service bureaucracies, especially in large cities. Instead of holding themselves accountable for local instances of carjacking, public urination, molestation, property destruction, and other offenses, urban institutions want to be measured exclusively by the size of their budgets. Agency heads treat every newly hired social worker, criminologist, public defender, city planner, or youth counselors as a de facto improvement, regardless of whether the increased headcount does anything good for life on the street.

As for colleges and universities, they have long avoided any system that would relate the cost of an undergraduate degree to real world earning power. Instead, students and their parents are told to take comfort in the fact the school has a large counseling department, multiple deans trained in the intricacies of engineering social equity, an up-to-date sexual harassment policy, and a broad selection of politically correct courses.

It is not an exaggeration to say that whenever an American institution appears to be failing its mission, one will find a proudly progressive staff which years ago began trading the hard work of organizational renewal for the relative ease of sanctifying decline. They have, as Center of the American Experiment analyst Katherine Kersten puts it, stopped being resourceful “experts” and instead have joined “the elect.”

Of course, there is nothing illegal or even undemocratic about any institutional faction defending the status quo, even when many members of that organization know they are just running out the clock on an undemanding job and generous retirement benefits. Nor is there anything to prevent such factions from coordinating their self-justifying narratives to create a superficially plausible ideology like progressivism. It is not even out-of-bounds for institutional flacks to assume a self-righteous pose, insisting that what they represent is so obviously good that anyone who disagrees must be a “homophobe,” “male chauvinist,” “racist,” or something else equally reprehensible.

But the contempt with which so many progressives have come to treat the rest of their countrymen—pretending that their flailing institutions could be kept afloat, not through needed reform, but with verbal gymnastics—will be long remembered by the 92 percent of Americans who are not far left. Especially when the debt and deficit crunch that progressives rightly fear finally does materialize. Given the choice between continuing to subsidize inefficient institutions and making the financial adjustments necessary to right the larger economy, the average citizen’s future preference is not hard to predict.

Indeed, the most likely outcome of the current ideological divide will not be, as so many editorialists fear, a wrenching civil war but the withering of a manipulative contingent with neither the talent nor character to regain society’s trust. If there is one thing each one of us can do to hasten this day of reckoning, it is to treat progressivism for what it really is: the deceptively credentialed face of self-serving stagnation.