Toward a Critical Woke Theory 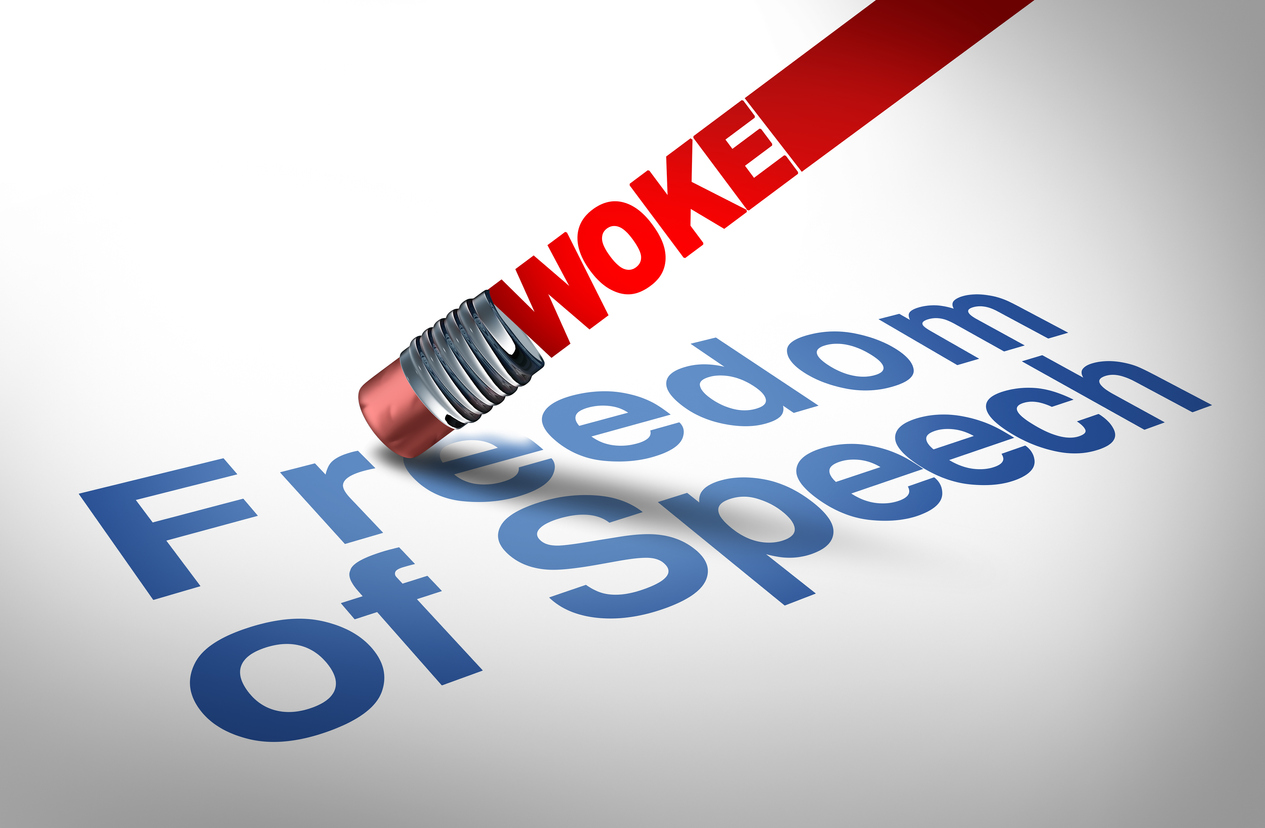 As Americans become increasingly concerned about the extent to which so-called “woke” ideology has spread through the nation’s schools, businesses, government offices, and other institutions, the time is long overdue for a clear understanding of why this is happening. It was one thing for late Millennials and Gen-Zers to spend their college years discovering clever ways to measure their social privilege, listening to their professors’ lectures on intersectionality, and shouting down any conservative thinker who somehow managed to land a campus speaking gig. But as the leading edge of this progressively educated cohort entered the job market, something alarmingly unexpected happened.

Instead of finding more mature ways to channel their youthful idealism, many newly employed graduates became intoxicated with just how easily they could intimidate their superiors with supposed evidence of institutional racism. Not that every young hire prioritized pushing a social justice agenda on his or her organization, but enough did to turn hundreds of HR departments into speech police, to cow major corporations into taking progressive political stands, and most detestably of all to sanction the shaming and ideological indoctrination of innocent school children.

By coming to a clear understanding of today’s woke activists, I do not mean achieving a firmer grasp of the Critical Race Theory they claim to believe in. Any political philosophy that starts off by saying that no worldview can be proved true, then detours into prospecting ancient legal statutes for evidence of long-ago discrimination, then concludes that objectivity and logical reasoning are dispensable “white” skills, and finally ends up embracing neo-Marxism, almost begs not to be taken seriously by serious people.

What is really needed at this point is what the self-described woke only pretend to possess: a credible explanation for their own behavior. For if we pursue what the progressive professors themselves say we must seek—remedial insight into the causes of contemporary discord—then our goal must be a Critical Woke Theory.

One observer who believes he has found it, at least as far as young African Americans are concerned, is Hoover Institution Senior Fellow Shelby Steele. While acknowledging that vestiges of racism still linger, Steele believes that white society has made a remarkably sincere and historically unprecedented effort over the last half-century to end discrimination. Indeed, he notes, “almost every modern American institution practices racial preferences” to such a degree that any black person going up against an equally qualified white person for the same job or honor is almost guaranteed to win it.

According to Steele—himself a black American—the real problem his race faces today is not external but internal. Having spent so many decades being treated as hapless victims by well-meaning liberals, many “have lost faith in their capacity to direct their lives” and “are reluctant to take responsibility for their own success.” For young black Americans, the underlying appeal of woke ideology—and especially of its case for systemic racism—is the very opposite of the freedom it pretends to seek: an excuse for not having to be responsible for one’s own success or failure. “We keep inventing racism even as it declines,” Steele laments.

This theory of black wokeness is arresting enough all by itself. But it becomes even more interesting when we realize that black Americans are not the only demographic group that seems to be having trouble with personal freedom. For over a decade, adolescent psychologists like Madeline Levine have warned that America’s educational system is diabolically crippling middle and upper-middle class white children with the belief that success comes, not from being oneself, but from projecting an image that others find acceptable.

In her book The Price of Privilege, Levine describes in depressing detail how today’s students are taught from an early age exactly what hoops they must jump through to land on a desirable campus—in other words, how to fake the enthusiasms most likely to impress the admissions officers at prestigious colleges. Busily chauffeured from one socially favored activity to the next, they gather ever-more impressive credentials while simultaneously learning to mistrust whatever their true selves are naturally drawn to.

The result is that by the time they finally get to college many are so ill-prepared to make internally grounded decisions that they manifest serious psychological problems. According to the most recent surveys conducted pre-COVID, a full third of college students struggle with a depression-related disorder, 57.7 percent confess to bouts of “overwhelming anxiety,” and 50 percent admit to having suicidal thoughts.

Granted that the social conditioning of upper-middle-class white students is quite different from what most black Americans experience growing up, both groups have in their own ways ended up suffering from the same malady: an abnormally high level of self-doubt, even for late adolescents. This debilitating state has unfortunately been amplified by a succession of national economic traumas—from the dot-com bust through the subprime real estate crisis to the recent coronavirus pandemic—that together have left any age group born after 1981 significantly less well-off than previous generations. Whether measured in terms of homeownership, retirement savings, or student debt, Millennials and Gen-Zs have failed to progress nearly as far the Baby Boomers, when they were the same age. Indeed, data from the Federal Reserve Bank of St. Louis suggest that they may well be the first cohort in modern times to start poorer than their parents did.

Add to this psychological mix the growing incidence of fatherlessness among all demographic groups—a social condition that tends to foster feelings of both inadequacy and resentment—and the appeal of a utopian ideology which at once promises more entitlements while simultaneously targeting those who are better off becomes a lot easier to understand. The white contingent may claim to be motivated only by an altruistic desire for social justice, but their willingness to confess ancestral racism conveniently guarantees their own share of a more redistributionist state. According to a recent Pew study, two-thirds of millennials and 70 percent of Gen-Zers would happily surrender more of their personal freedom for the assurance of a comfortable future.

What our colleges and universities should be doing to bolster the confidence of today’s morbidly self-doubting undergraduates is to remind them that whatever the coming challenges, they will certainly prove no more daunting than those faced by many previous generations. The early American colonists endured famines, deadly diseases, and, in northern settlements, often brutal winters. Later came the War for Independence, then a bloody Civil War, and in the late 1800s a massive migration from the nation’s farmlands to coarse and crowded industrial cities. The 20th century began with a world war so traumatic that surviving soldiers came to be known as “the Lost Generation.”

More importantly, professors should be alerting their students to the importance of learning to rely on the guidance of what Apple founder Steve Jobs called the “intuitive voice”—the inner wisdom one can always turn to when neither the data nor social convention provides convincing answers. Some cultivate this spiritual resource by participating in one of the country’s many religious traditions; others—most famously Benjamin Franklin, Thomas Jefferson, and Jobs himself—find it through some combination of philosophical study and self-experimentation. But if modern psychology has demonstrated anything over the last decade, it is that people who develop a more spiritual orientation, however understood, are far more likely to enjoy long-term physical, emotional, and even financial health than those who do not.

Sadly, the modern university has instead used the insecurity of today’s late millennials and Gen-Zers to advance its own economic interest—that is, to encourage students’ dependence on the institutional realization of a collectivist ideology which, by its nature, guarantees perpetual employment to academic fine-tuners. Once more, the professoriate has done this knowing full well that it has no demonstrated capacity to perform that task consistently, objectively, or reliably.

Dr. John Ioannidis, co-director of Stanford University’s Meta-Research Innovation Center, has shown that up to half the social science studies published in even the most prestigious academic journals has been corrupted by experimental bias and slip-shod controls, an opinion he shares with the Lancet medical journal’s respected editor-in-chief, Richard Charles Horton. National Association of Scholars President Peter Wood believes that many of today’s woke organizational policies, established on the presumption they reflect rigorous research, have no real scientific basis.

In his 1976 Nobel address, novelist Saul Bellow anticipated the psychological dilemma of today’s woke generations, torn between the seeming security of a materialistic ideology and yet retaining some sense of a deeper wisdom. They would be reluctant to talk about this split, Bellow said, “because there is nothing we can prove, because our language is inadequate and because few people are willing to risk talking about it. They would have to say, ‘There is a spirit’ and that is taboo.” So, they would all keep quiet about it, especially amongst each other, but the nagging doubt would never go away.

That so many Millennials and Gen-Zers have a historically low tolerance for due process, free speech, and other protections for dissenting opinion would hardly surprise Bellow, for he would see in their aggressive narrow-mindedness not true belief, but an almost fanatical desire to blot out the psychic split. With little educational preparation for the inevitable conflict between academic ideology and the sense of a deeper reality, Critical Race Theory is clung to with a ferocity that any genuine conviction would never require.

The good news for the larger society is that wokeism’s march through its institutions may have finally met its match at the K-12th grade schoolhouse door. It has been one thing for American parents to read about some company forcing its staff to undergo racial sensitivity training or a city attorney refusing to prosecute minority criminals, but quite another to have their own children judged in class by skin color, deprived of “white” courses in math and science, and subjected to other measures designed, ultimately, to snuff out their true selves.

As for those Millennials and Gen-Zers still in the early stages of their careers, one can only hope that the experience gained from successfully coping with real-life situations, combined with a growing confidence in their own intuitive wisdom, will gradually diminish their need for an ideological security blanket. For the question is not whether Critical Race Theory will fail its believers, but how: by diverting their attention from the superior guidance within or by keeping them agents of an ideology which holds back the very people they thought they were helping.